The success story behind the app

CodeCheck started with a fruit: Unaware of the local offer, CodeCheck founder Roman Bleichenbacher bought a mango in 1998 during his vacation in Cuba. It was only from his Cuban friends that he learned that the fruit was unripe and that no local would have bought it. For the first time, he wondered what criteria people use to make their purchasing decisions and how purchasers could find more suitable products more easily.

This led Roman to his idea of using product barcodes to rate products. He began to build a database where users can track ingredients, nutritional values, and product manufacturers.

The project became a success, and the database began to grow rapidly. Countless press inquiries followed and numerous prizes—such as the Switch Innovation Prize (2004), the Swiss Federal Design Award (2005), and the Prix Ars Electronica (2006)—honored the project.

At the end of 2013, together with investors, Roman decided to take the next step. In July 2014, he concluded the first round of financing with over 1.2 million Swiss francs. Along with today’s CEO Boris Manhart, he built up a professional organization.

Since then, CodeCheck has shown strong growth, and with more than 7 million downloads and 2 million monthly active users, it is one of the most successful apps in the segment. 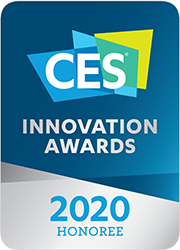